Am I an Alcoholic?

Ask your self honestly. The list of questions, which follows, has helped a lot of people find where they stood. But remember, you are the only one who can say if you have a problem or not. Even if you’ve been told you do, the important thing is that you decide for yourself. All we ask is that you try to be honest.

More than most people, the alcoholic leads a double life. He is very much the actor. To the outer world he presents his stage character. This is the one he likes his fellows to see. He wants to enjoy a certain reputation, but knows in his heart he doesn’t deserve it.

The inconsistency is made worse by the things he does on his sprees. Coming to his senses, he is revolted at certain episodes he vaguely remembers. These memories are a nightmare. He trembles to think someone might have observed him. As fast as he can, he pushes these memories far inside himself. He hopes they will never see the light of day.

He is under constant fear and tension—that makes for more drinking. – Alcoholics Anonymous, Page 73 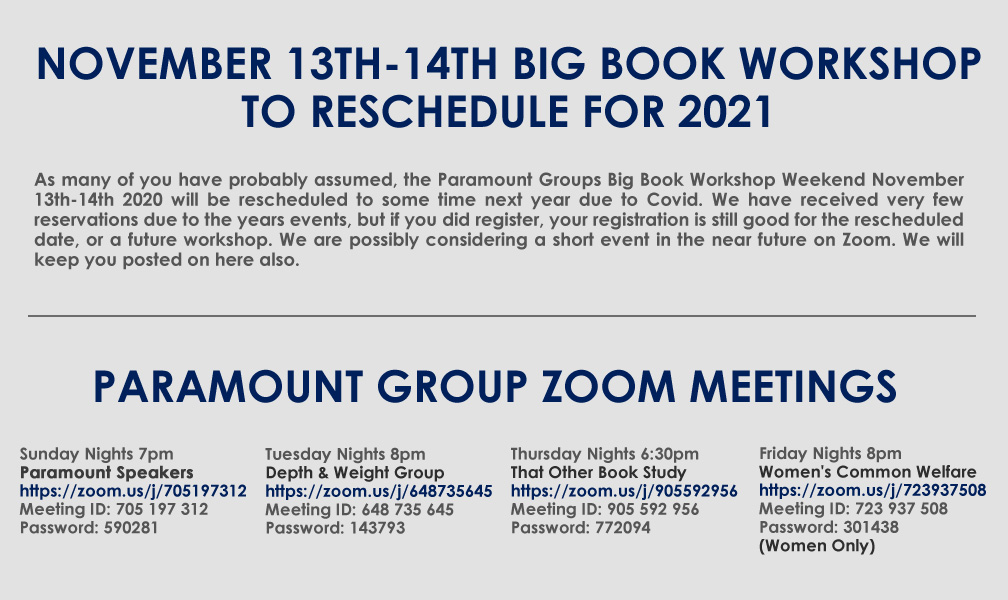